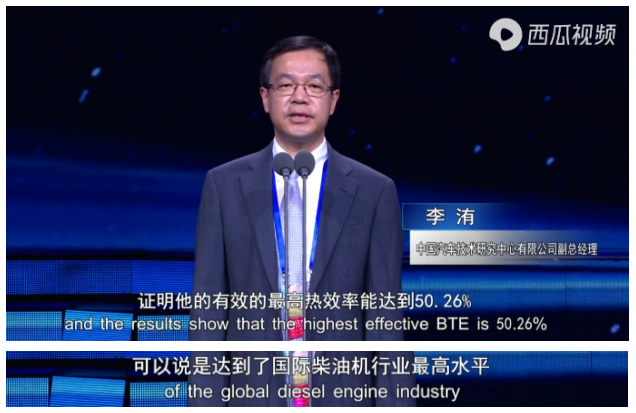 Not only the thermal efficiency of the engine body is more than 50%, but also it can easily meet the national VI / Euro VI emission requirements and realize large-scale mass production. Foreign giants such as Mercedes Benz, Volvo, Cummins diesel engines of the same efficiency level are still in the laboratory stage, and with waste heat recovery device. In order to make this engine, Weichai has invested 5 years, 4.2 billion and thousands of R & D personnel. It has been a century and a half since 1876 that the thermal efficiency of major diesel engines in the world has increased from 26% to 46%. Many of our family’s gasoline vehicles have not exceeded 40% so far.

The thermal efficiency of 40% means that 40% of the fuel energy of the engine is converted into the output work of the crankshaft. In other words, at any time you step on the gas pedal, about 60% of the fuel energy is wasted. These 60% are all kinds of unavoidable losses

Therefore, the higher the thermal efficiency, the less fuel consumption, the more significant the effect of energy saving and emission reduction

The thermal efficiency of diesel engine can easily exceed 40% and strive to reach 46%, but it is almost the limit. Further up, every 0.1% optimization has to make great efforts

In order to create this engine with a thermal efficiency of 50.26%, Weichai R & D team redesigned 60% of the thousands of parts on the engine

Sometimes the team can only improve the thermal efficiency by 0.01% without sleeping for several days. Some researchers are so desperate that they need help from a psychologist. In this way, the team took every 0.1 increase in thermal efficiency as a node, accumulated a little bit, and pushed hard. Some people say that it is necessary to pay such a high price for progress. Does this 0.01% make any sense? Yes, it makes sense, Chinese external dependence on oil is 70.8% in 2019.

Among them, the internal combustion engine (diesel engine + gasoline engine) consumes 60% of China’s total oil consumption. Based on the current industry level of 46%, the thermal efficiency can be increased to 50%, and the diesel consumption can be reduced by 8%. At present, China’s heavy-duty diesel engines can be upgraded to 10.42million tons per year, which can save 10.42million tons of carbon dioxide. 33.32 million tons, equivalent to one fifth of China’s total diesel production in 2019 (166.38 million tons)